What the 117th Congress Means for Construction 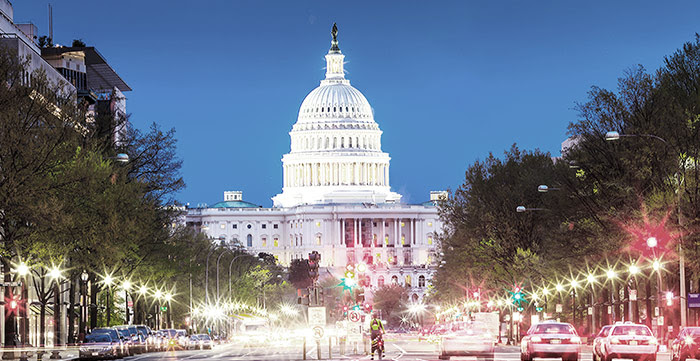 The federal congressional elections have been decided, and the 117th Congress has begun its legislative session.

As was the case for President Trump’s first two years in office, President-elect Biden’s party will have a majority in both chambers of Congress and, as the new administration tackles the ongoing COVID-19 pandemic, as well as many of its priority issues, the 117th Congress will play a vital role in the administration’s ability to act on its campaign promises for the next two years.

Congress “By the Numbers”

For the fourth time in U.S. history, the Senate has 50-50 split between the two parties. This will provide the Democrats control of the Senate with Senator Chuck Schumer (D-NY) taking over as majority leader. In the House, the Democrats’ hold an eight-seat majority with several members maintaining key leadership positions, including Rep. Nancy Pelosi (D–Calif.) as Speaker of the House and Rep. Bobby Scott (D–Va.) as chair of the Committee on Education and Labor.  However, due to the narrow a sweeping legislation agenda is unlikely.

Likely Industry Priorities for the Next Congress

Many of the major issues that were not resolved in the 116th Congress will likely continue into the new session; specifically, interest by many Democrats to pass the Protecting the Right to Organize (PRO) Act, a $1.5 trillion infrastructure bill, and both parties’ hopes to pass additional COVID-19 relief.

The ABC-led “Coalition for a Democratic Workplace” has thus far successfully opposed the PRO Act in the Senate since its passage by the House in February 2020.

In July 2020, the House passed H.R. 2, the Moving Forward Act, an infrastructure plan that would have spent more than $1.5 trillion on surface transportation, airport, school, housing, health care, energy, water and broadband infrastructure. However, the bill excluded many critical priorities for the construction industry while implementing numerous anti-merit shop provisions such as government-mandated project labor agreements and inflationary Davis-Bacon prevailing wage requirements. Touted as one of one of the Biden administration’s priority issues, passing a comprehensive infrastructure package will need bipartisan support to advance through both chambers and onto the president’s desk; making sure to incorporate the bipartisan provisions included in Senate infrastructure bills during the 116th Congress could lead to passage.

Continuing from the previous Congress, the biggest issue at hand for both chambers will likely be providing additional COVID-19 relief. President Trump signed a relief package into law at the end of the 116th Congress. The legislation, which combines $900 billion in COVID-19 aid with government funding through September 2021, was passed by large majorities in both houses of Congress on Dec. 21. Through the U.S. Small Business Administration’s Paycheck Protection Program, the construction industry received roughly 12% of all PPP loan funds, totaling more than $65 billion in relief, through 2020. This relief package includes an additional $284 billion for the PPP, critical tax deductibility of these forgivable loans, and funding to allow the hardest-hit small businesses to receive a second forgivable PPP loan.