The three energy subcategories all declined from January, with crude petroleum down 16.3%, natural gas down 15.8% and unprocessed energy materials down 13.6%. All three were also down on a year-over-year basis. Softwood lumber was the only subcategory that rose more than 1%, increasing by 3.9% in February. Of the 11 subcategories, seven experienced year-over-year price decreases.

“If concerns regarding rising materials prices had been subdued, they are virtually nonexistent now,” said ABC Chief Economist Anirban Basu. “While there may be anecdotal shortages of certain inputs as the global supply chain buckles, in the aggregate, materials prices are set to decline. The global economy is either in or approaching a period of recession, which is helping to drive down the price of oil, natural gas and other key inputs. With a growing number of companies temporarily shuttering factories, demand for other key inputs like steel will also be suppressed.

“Normally, falling materials prices might be considered good news,” said Basu. “But in the context of demand shocks and supply disruptions, there can be too much of a good thing, and that is the situation today. The recession in the United States is likely to be short and vicious, with certain industries like travel and hospitality hammered and financial markets in disarray. There is already some evidence that certain credit markets are seizing up, which is never good for construction.

“That said, the recovery from the current crisis is likely to be rapid once it begins,” said Basu. “With considerable stimulus likely on the way, low interest rates and the need to rebuild inventories at some point in the future, the broader economy and financial markets will one day move aggressively in a better direction. Unfortunately, that positive adjustment could be a few months away, and in the meantime, a significant volume of construction projects are likely to be put on hold, placing additional downward pressure on construction input prices.” 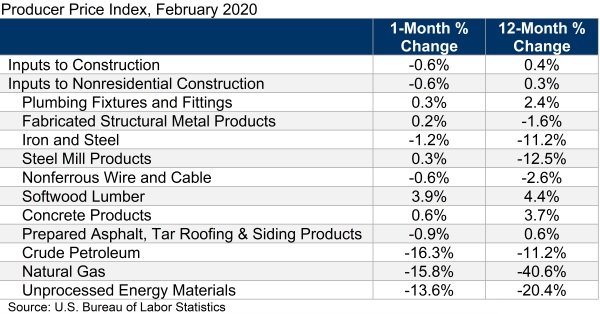 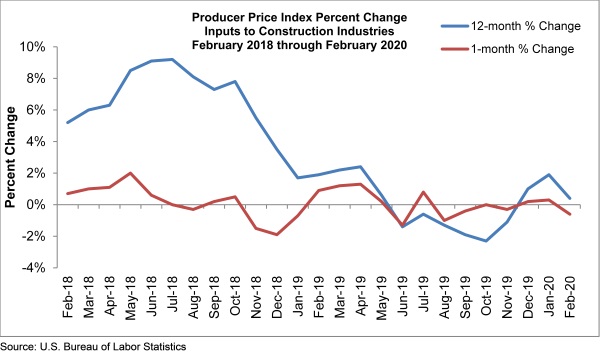