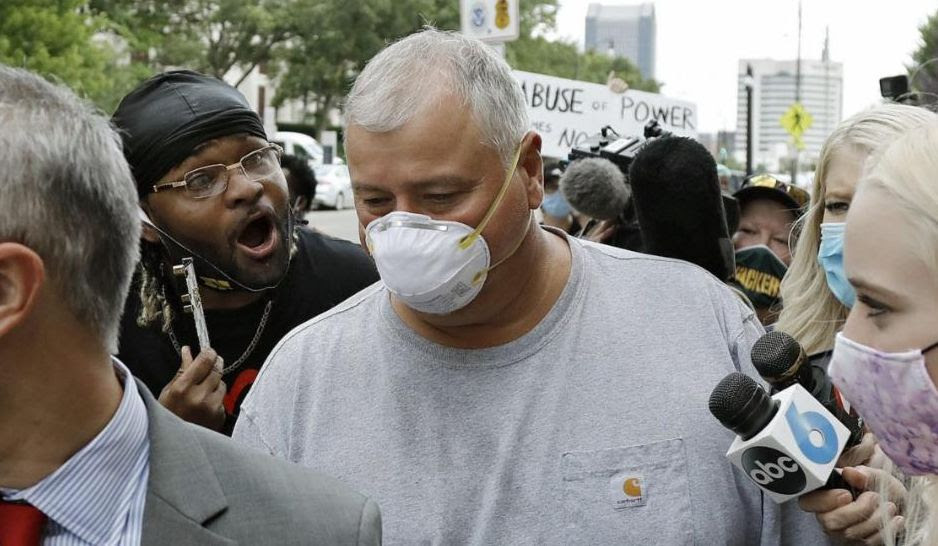 by Beth Lear and ABC of Ohio

Without Ohio House Democrats, pressured by labor unions and encouraged by “dark money,” Larry Householder would not be Speaker. The media reported this from the beginning.

As planned, the Democrats swung the vote for speaker to Householder at the beginning of session in January 2019. Then-Speaker Ryan Smith received the majority of Republican votes, but twenty-six union-backed Democrats joined twenty-six Republicans to hand Householder the gavel. The situation was far from normal.
Former House Minority Leader Fred Strahorn explained to Hannah News, “We — well, the majority of my (Democratic) caucus, not me — broke a 120-year tradition to make Larry Householder speaker. The way this has worked for 120 years is the majority enters a room, and majority of those people pick somebody, and the opposition honors that. The majority caucus ought to have who they want as their leader. That’s about understanding the institution and valuing it, so they don’t have chaos — so that you don’t have bad things like this easily available. Had we just simply honored the 120-year tradition, none of this would have ever occurred.”
After being asked how much blame the Democrats have for the Householder speakership, Strahorn replied, “I don’t harbor ill will toward anybody … but the majority of Republicans chose Ryan Smith. A majority of Democrats chose Larry Householder. … I’m not going to take a dig at them, but those numbers speak volumes as to how we got to this place.At the end of the day, the majority of Republicans did do the right thing and picked Ryan Smith.”
While Strahorn avoided harsh criticism of his colleagues, political columnist Jason Williams writing for the Cincinnati Enquirer, did not. “In a shrewd political move, Householder cut a deal with most House Democrats through their union supporters. He promised not to push right-to-work legislation if they backed him for speaker,” Williams wrote on July 28.
“A majority of House Democrats chose their allegiance to labor over doing the right thing,” added Williams. “It’s a classic example of Democratic politicians being controlled by unions.”
The consequences were damning. Now much attention is being given to the criminal allegations concerning Householder and House Bill 6. However, that legislation is not the only example of quid pro quo. Just as much attention should be focused on the successful but unethical – and likely illegal – amendment to Senate Bill 4 that expanded prevailing wage.
“Prevailing wage was a key issue for Householder,” noted Bobby Mitchell, a Republican candidate for the 78th House District primary who was dismissed by the Speaker and his team. “I agreed to be interviewed by the caucus, Larry’s people. I didn’t know him from Adam. But they made it clear they were picking people who would support Householder’s agenda, and that included a commitment to expand prevailing wage for the unions. As a small government conservative, that was not something I would do, so they passed on me and picked a lapdog instead.” (Pastor Bobby Mitchell has a pending law suit against Larry Householder’s political team.)
Senate Bill 4 was publicly debated and passed by the Senate last year. Its purpose was to increase the state’s ability to build K-12 classrooms. The legislation moved to the House where it was publicly debated and passed by the Finance Committee this past June. Householder then engineered the prevailing wage expansion floor amendment. It was the second attempt to sneak the language into a Senate bill, and this time they succeeded. Many believe the amendment violates Ohio’s “single subjet rule” and is illegal.
In the press conference detailing the arrest of Householder and associates last week, U.S. Attorney David DeVillers stated, “Make no mistake, these allegations are bribery, this was quid pro quo. This was pay to play.” And Amended Senate Bill 4 is a clear example of that. No hearings, no opportunity for the public to testify, just a last-minute amendment shoved into the bill on the House floor.
Taxpayers and local governments will pay the price of inflated construction costs for Transportation Improvement Districts thanks to this crooked deal – as much as 20% more. It was the first time in 89 years Republicans voted to turn their backs on their free market values to enrich unions, and their political allies, at the expense of taxpayers and the Legislature’s credibility.