The White House celebrated the six-month anniversary of the Tax Cuts and Jobs Act by hosting an event on Friday, June 29. ABC President and CEO Michael Bellaman attended on behalf of the merit shop contracting community, acknowledging the positive effects of the tax code reform. At the event, President Trump took a moment to recognize ABC and several others as significant supporters who helped pass the legislation.

On June 26, ABC’s Executive Committee met with President Trump, Treasury Secretary Steven Mnuchin and Senior Advisor to the President Ivanka Trump at the White House to discuss the positive economic effects of tax reform as well as regulatory relief and dynamic enhancements to workforce development efforts. The committee shared with the president how ABC members were using the Tax Cuts and Jobs Act savings.

As a result of the tax reform bill, ABC members have experienced substantial increases in capital and workforce investment, have hired more employees and have given more raises or bonuses, according to a recent poll taken of the ABC Board of Directors. ABC members have felt the direct beneficial impact of this bill as shown by an increase in their paychecks, allowing them to continue to work towards creating jobs and driving growth. 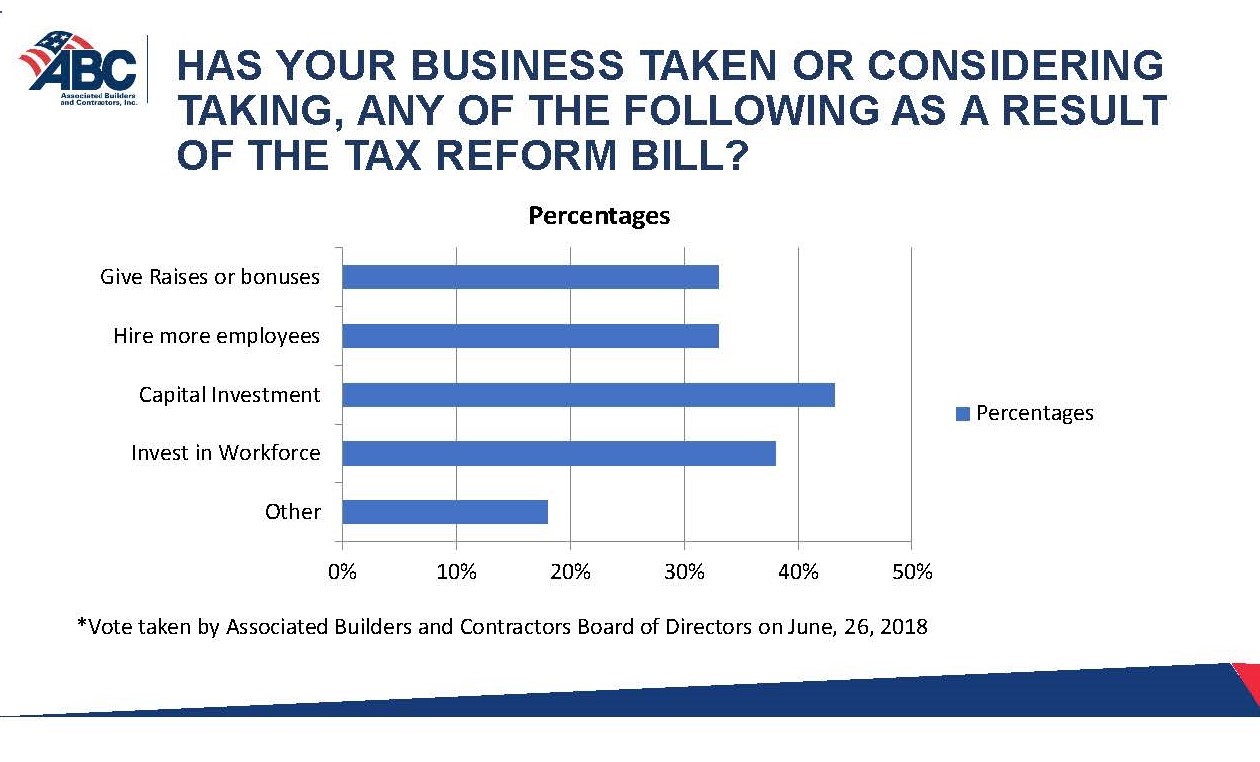 ABC applauds the administration for its leadership in delivering the first comprehensive tax reform in more than 30 years and giving the construction industry a simpler and fairer tax code. The construction industry remains optimistic about the future. The tax reform bill will continue to benefit ABC members and others in the contracting community, leading to economic freedom and global competitiveness. 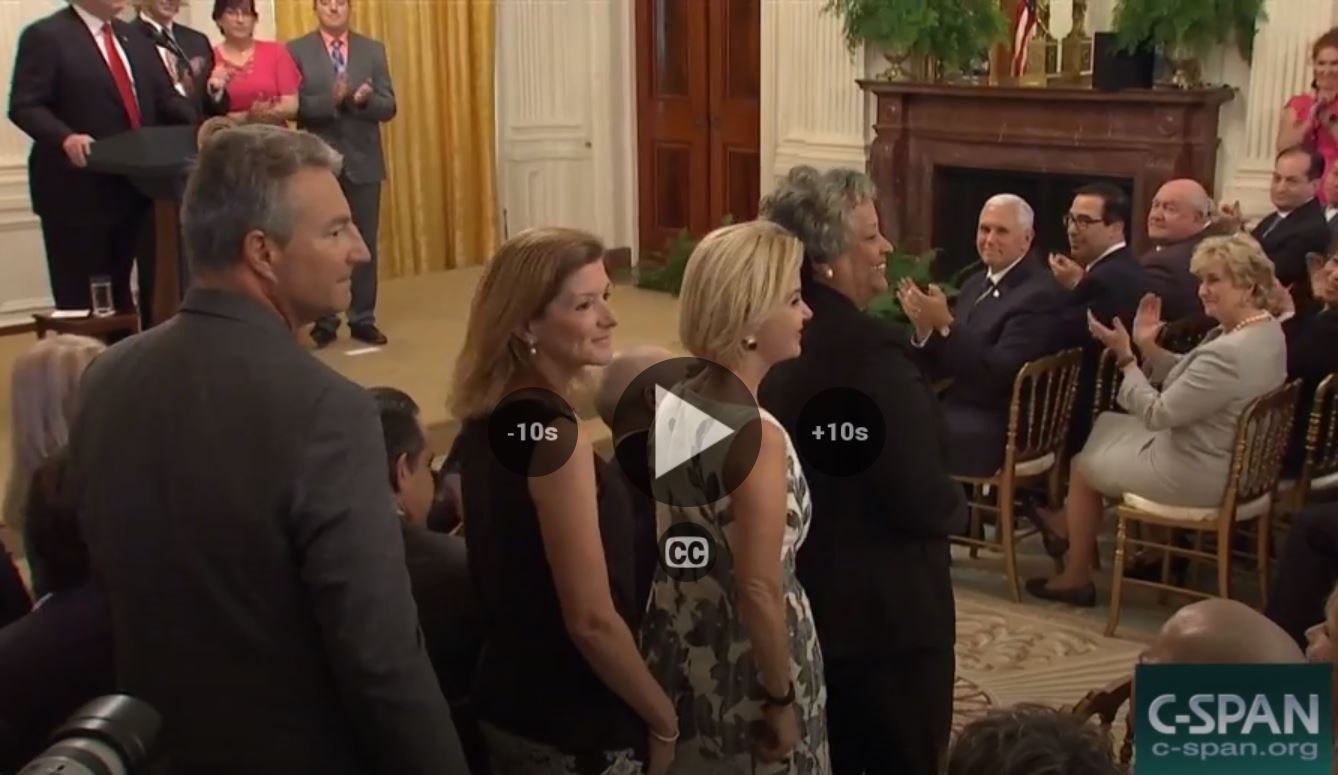