Leaders of the U.S. construction industry remained confident through September 2019 regarding near-term prospects for sales, staffing levels and profit margins, according to the Associated Builders and Contractors’ Construction Confidence Index released today. However, the level of optimism continues to dim.

For the first time since January, fewer than 50% of contractors expect profit margins to increase over the next six months, even though approximately 58% of contractors anticipate sales rising over that span. A worsening skills shortage is the primary source of emerging angst, as an already stretched labor market is expected to become even tighter. More than 60% of contractors plan to expand staffing levels over the next six months, an indication of a still fertile construction sector but also of recruiting-related challenges to come.

“While the economy has been softening over the last six to eight months, little of that is apparent in the labor market, which is still associated with rising compensation, miniscule unemployment and abundant numbers of available, unfilled jobs,” said ABC Chief Economist Anirban Basu. “Many contractors are still securing plenty of work but are increasingly suffering difficultly finding the people needed to complete that work. The result is rapidly rising compensation costs, including in the form of overtime, which has served to suppress expectations for industry profit margins.

“Despite these dynamics, only one in six contractors expect margins to decline over the next six months,” said Basu. “What’s more, industry employment continues to expand as the average firm works ever harder to secure talent. Fewer than one in 10 contractors anticipate that staffing levels will slip over the near term. But with the proportion of unfilled construction jobs at an all-time high, some firms that expect margins to continue to expand may be in for a bit of a surprise.” 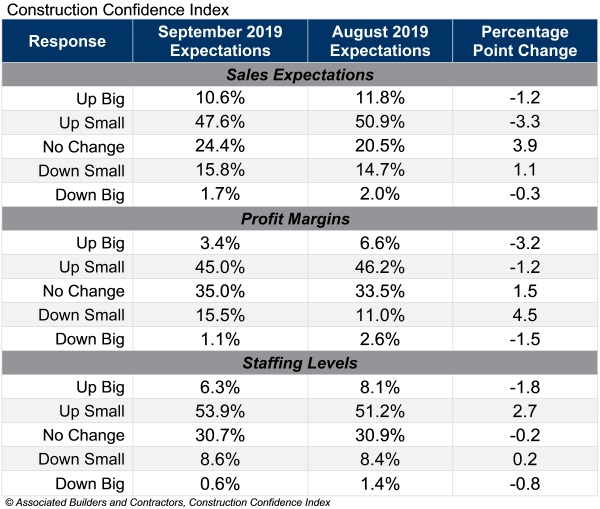 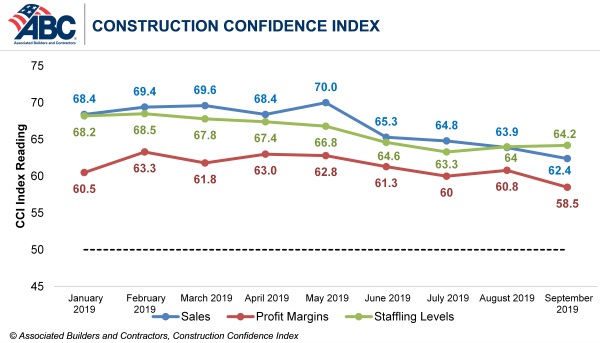