“For the first time in decades, Michigan will be a place where fair and open competition will be welcomed on public construction projects” said Jeff Wiggins, state director of the Associated Builders and Contractors (ABC) of Michigan.

In addition to forcing businesses to adhere to inflated union contract terms on public projects, critics say the regulations are just as bad. In 2017 alone, Michigan published more than 500,000 prevailing wage designations, resulting in almost four times more classifications than there are construction workers in the state.

The inflated costs of prevailing wage laws are well-documented in studies from across the country, including Michigan and Ohio, providing real evidence that repeal would save hundreds of millions of dollars. In fact, the Ohio Legislative Service Commission reported that the state realized almost $500 million in savings in the first four years after Ohio repealed its prevailing wage law on school construction. 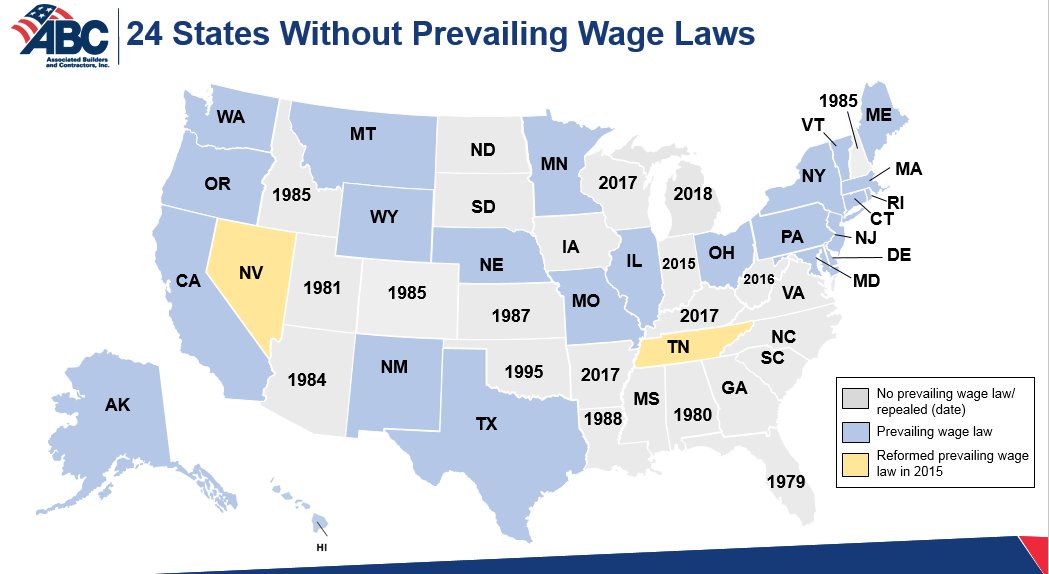